DeadHappy was formed in 2013 to provide a place where people could think about, plan for and share what they want to happen when they shuffle off this mortal coil. To start a conversation, and hopefully, one day change attitudes towards death.Deathwish: DeadHappy called it a Deathwish. Not a desire for self annihilation, but rather, what you wish to happen for when you die. After all, unless you’re immortal, like taxes, death is one of the few certainties in life. Be prepared, think about what you want, put plans in place and share with people who need to know. Or, as DeadHappy like to put it, create and share a Deathwish.Life insurance:To make these Deathwishes a reality, unless you’ve got a ton of cash in the bank, one option is life insurance. Not satisfied with any old insurance, DeadHappy set about creating a whole new product, disrupting the status quo and bringing an all round better product to the market. Knowing the average life insurance policy was cancelled after 7 years, it was clear the traditional life insurance model was just not working for a lot of people. DeadHappy set out to create a whole new product that was easier, faster, cheaper and overall much better than the old style life insurance. They think they’ve succeeded. Some people agree.Pay-as-you-go:Unless you’ve got wads of cash, it’s likely you’ll need to take out a life insurance product to pay for what you want to happen when you die. DeadHappy’s life insurance plan is designed like a pair of lycra pants. Flexible and cheap. It’s priced based upon who you are right now, not in 20 years, so you get the best price, right now, rather than a heavier premium fixed for the life of the policy. DeadHappy think it’s a better option. Find out for yourself. (or not)What about Wills?Not content with changing attitudes towards death and re-inventing life insurance, DeadHappy also want to create a death services marketplace, or you could say the ‘John Lewis of Death’.More recently, they’ve introduced Wills, making it easier than ever before to formalise legally what you want to happen upon your death. You want to be buried in a cardboard composting casket, that cash payout to go to your daughter, your car to go to your nephew and people to only get their cash if they dress up as the grim reaper for your funeral, no problem. Best get thinking about what you really want to happen when you shuffle off this mortal coil, if you really want to make it happen. 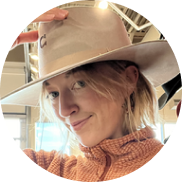 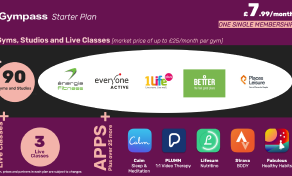 This is some text inside of a div block.
Learn more about DeadHappy
Get the information you need
Learn more